Your contest cluster will run on Amazon Web Services. All content will be served to users through the CloudFront CDN.

An Elastic Load Balancer is used with an AutoScaling Group to allow the web frontend to scale based on server load. As more users connect more webservers will be launched.

The version of DOMjudge your cluster runs is loaded from an S3 bucket on boot. It takes approximately 5 minutes for a new instance to begin serving users after being launched.

The backend database is the Relational Database Service(RDS) running MySQL. It is run in Amazon's HA configuration(MultiAZ) where a slave is kept running and switched to in the off chance the master dies. This would result in 5-10minutes of downtime, but these events are quite rare.

Users sessions are shared between webservers using DynamoDB, which is a fast, highly scalable NoSQL database. A Lambda function(not shown) is used to automatically scale this database as needed.

After the cluster is terminated CloudFront will point to an S3 bucket instead of to the Elastic Load Balancer. This is where your static scoreboard will live permanently. 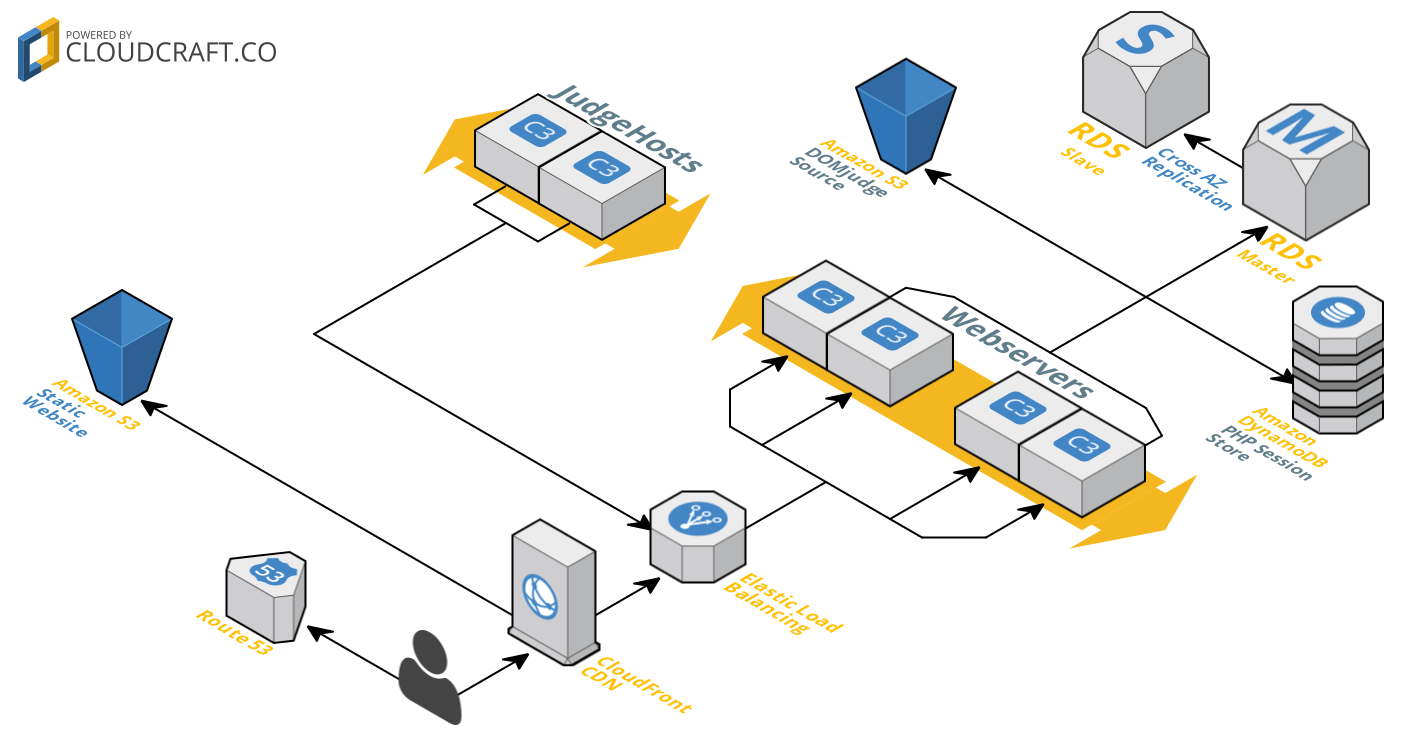